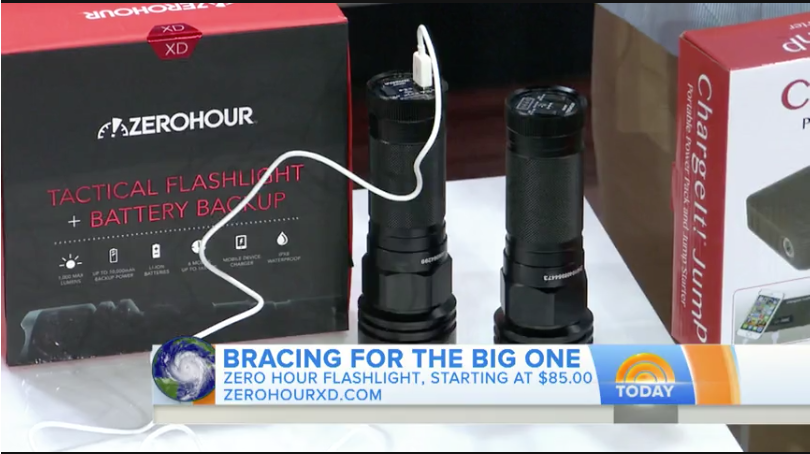 An appearance on NBC’s Today Show? Yes please! Orca’s publicists made that a reality for ZeroHour Flashlight when it was recommended as a “must-have” for home emergencies

Millions of people wake up to Univision’s Despierta America and our client My Cabana Boy enjoyed capturing their attention for a segment about beach essentials right on the sandy beaches of Florida!

The Today Show in Australia featured Orca client Nora which aims to solve the snoring struggle. 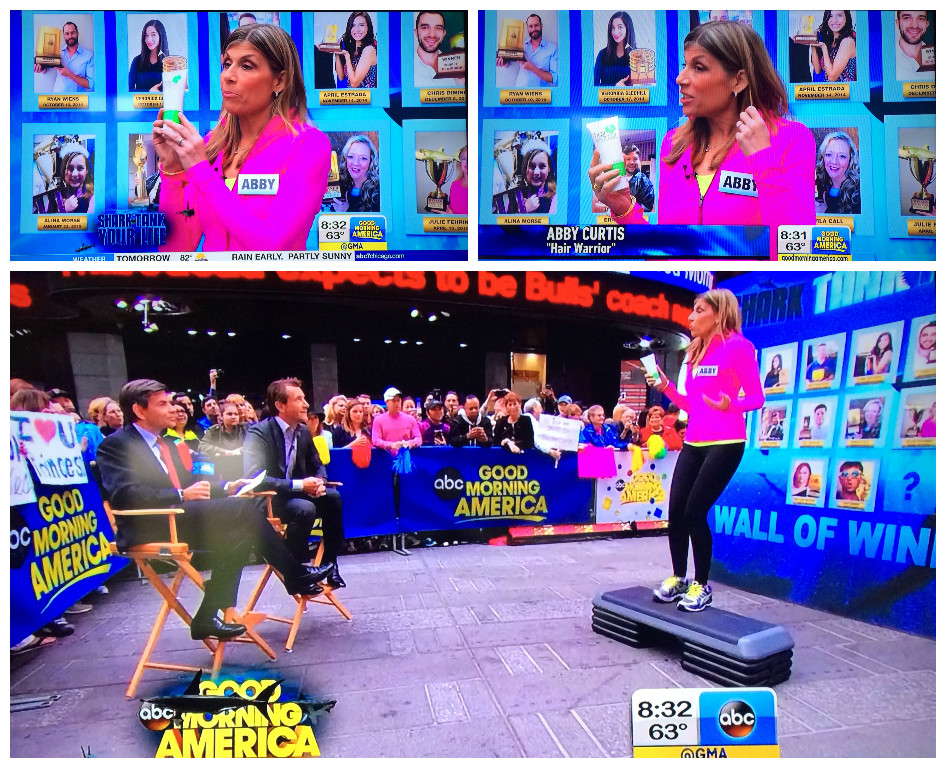 Hair Warrior went head to head with other entrepreneurs on  Good Morning America in a ‘Shark Tank Your Life’ segment! “MORE” on Fox KVVU-TV in Las Vegas showcased 5 Orca clients leading up to the ABC Kids Expo in October – check out ciao! baby The Portable High Chair, Buckaroo Organics, DockaTot, and Munch Mitt!

Here’s to preparing for a healthier back-to-school season! Orca pubs organized a terrific segment for our clients Olbas, WOWBUTTER, Lice Knowing You, Goodwipes, BugBand, GoGargle! and PhoneSoap Polish that appeared on ‘Good Day Sacramento’ – KMAX-TV! “American Makers” on the Science Channel (76 million television households) debuted on January 21 with a spotlight on the founders of ZeroHour. The show highlights brilliant and tech-savvy entrepreneurs who are making a difference with their great inventions. 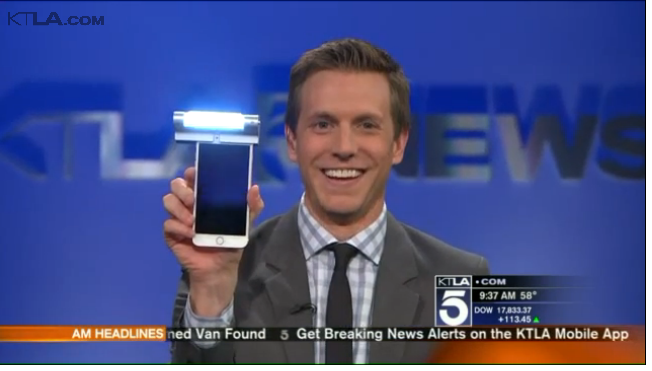 The birthplace of the selfie? Probably L.A. So, it was a perfect placement for Orca client Chatlight – a brilliant idea for better selfies  -to be featured on KTLA-TV,  the 2nd largest TV market in the country, and on KTLA.com, reaching over 3 million readers!

If mom isn’t into flowers and chocolates check out the great Mother’s Day Tech Gift Guide on San Francisco’s KRON4.com (1.5 mil UVPM)! PhoneSoap was featured in the list that also included Kindle and Polaroid. 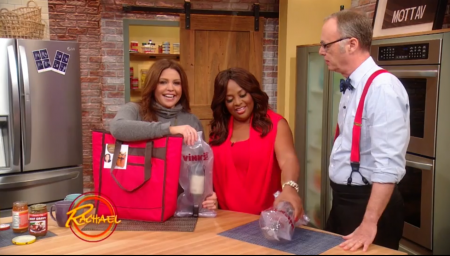 America’s favorite chef turned talk show host, Rachael Ray (estimated 1.5 million daily viewers and 1.1 million UVM online), was paid a visit from the editor of America’s Test Kitchen, who featured the Vinnibag in the October 2015 issue of Cooks Illustrated. He was so impressed with the Vinnibag he brought samples to demonstrate to Rachael Ray and her national TV audience “this amazing little inflatable bag that can keep your wine safe on the road.”

WCIU-TV in Chicago featured longtime Orca client Aervana during this “Try It Tuesday” segment, which aired on August 4, 2015.

FOX National’s 2015 Holiday Gift Guide — which gets picked up by every FOX-owned TV station in the country featured Axis Drones (Top Gifts for Tweens) and Genius Pack (Top Gifts for Men).

Consumer Guru Steve Noviello shows off the best new pre-game tailgating supplies, including the Amazen Smoker and BBQ Dragon, during his “Save Me Steve” segment, on Fox KDFW-TV (Dallas/Ft. Worth, market #5).

Orca landed a one page spread in Redbook magazine for client Nightlight Christian Adoptions in the Dec/ Jan issue!

We love working with Family Circle magazine because it means spreading the word about our amazing clients to its 4 million plus subscribers! Longtime client Family Tree DNA was featured in the November issue. 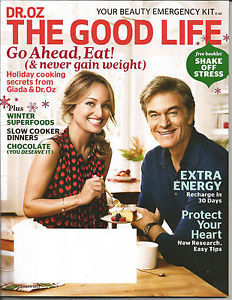 Dr. Oz “The Good Life” magazine featured Dr. Nasser of Vision Source in the June 2015 issue in an article titled “Your Doctor, Our Hero” about doctors who give back.

A great product combined with a great mission to give back, Mitscoots, was featured in the holiday gift guide in the number one yoga magazine in the world, Yoga Journal.

A glowing review for the Hydaway collapsible water bottle is highlighted in the Sept/Oct issue of Food and Nutrition Magazine and Foodandnutrition.org (800,000 UVPM) on the Kitchen Tools page.

The September 2015 issue of Parents Magazine had a fabulous feature for our client Binxy Baby!

Cook’s Illustrated is arguably the most respected cooking magazine in America and home of “America’s Test Kitchen”….so it was time for a toast when it declared Vinnibag the winner in a test of best wine travel bags! 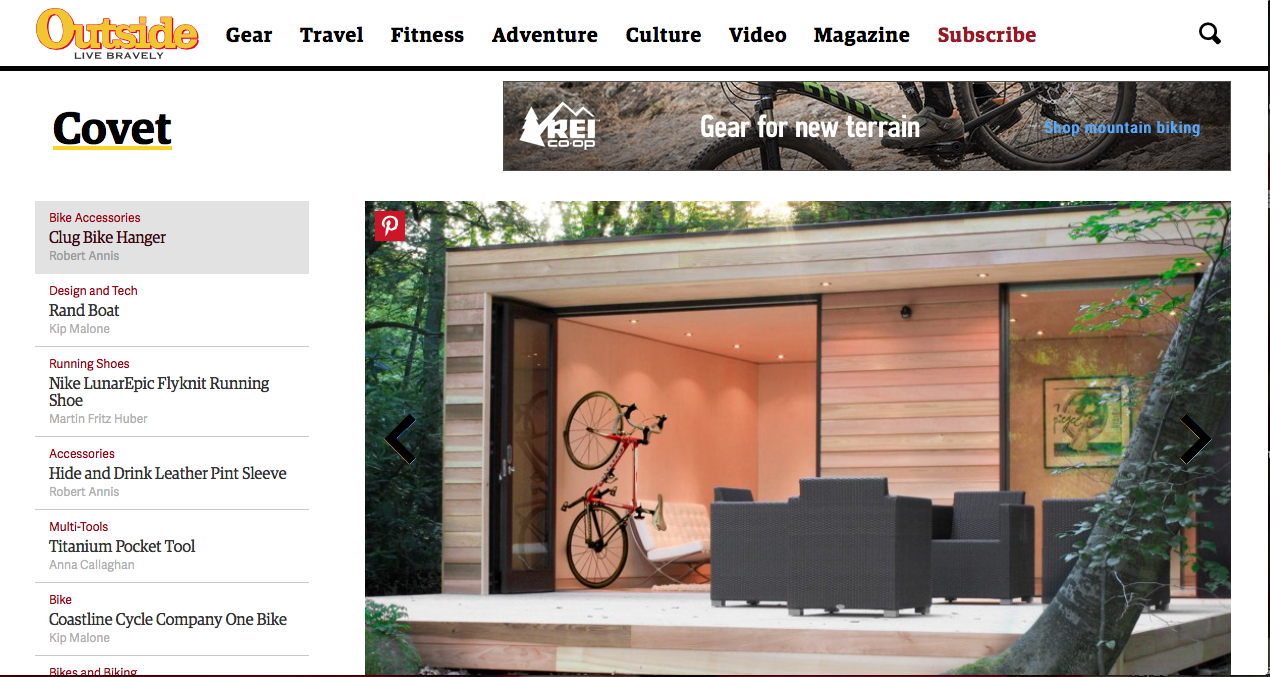 We caught the attention of editors at Outside, the most popular outdoors magazine in the world, who posted this report on CLUG titled “A simple device to keep your bikes organized and out of the way.”

Olbas, GoGargle!, PhoneSoap, and Ice Chips were featured in a ‘Medicine Chest’ article in the November/December issue of Alternative Medicine Magazine!

Orca scored a hole in one for several golf clients by landing a feature in Athlon Sports Annual Magazine – which boasts 8.6 million readers and is one of the largest sports magazines in the world!  A special 2015 spring issue featured Personal Golf Fan and Personal Golf Tote.

Consumer Reports magazine (4 Million +) & Consumerreports.org  (2.3 Million UVPM) is a trusted, data-driven, industry leading consumer-product-testing organization. So you can imagine our pleasure when they chose the Ronco Ready Grill for inclusion in the “2015 Great Gift Guide for the Food Lover!” 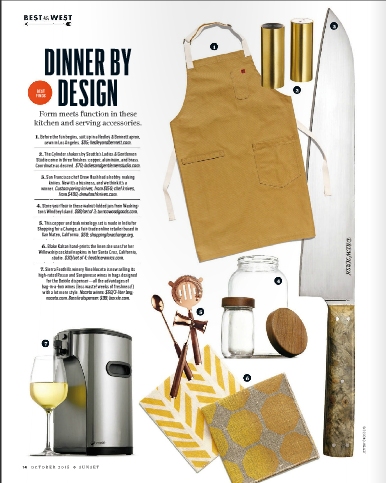 National magazine Sunset included Boxxle in a roundup titled “Dinner by Design” in the October 2015 issue.

Backpacker magazine featured the MPOWERD Luci EMRG Light in its Gear Roundup in the September 2015 issue.

Every Day with Rachael Ray magazine included the BBQ Dragon in a “Tooling Around” roundup in the July/August 2015 issue.

OneLogFire heated up the February issue of newsstand favorite All You!

Every beauty and grooming product wants to land in the pages of NewBeauty magazine, so we were ecstatic for our client Hair Warrior when they appeared in the spring/summer 2015 issue!

What do Beyonce, Christian Milian and Kim Kardashion have in common with Orca clients PhoneSoap and Pillow of Health? All were featured in the February issue of Life & Style Weekly magazine!

Orca client When Beauty Masks was center stage in the February issue of Pregnancy & Newborn magazine, and the June issue features WooBamboo! 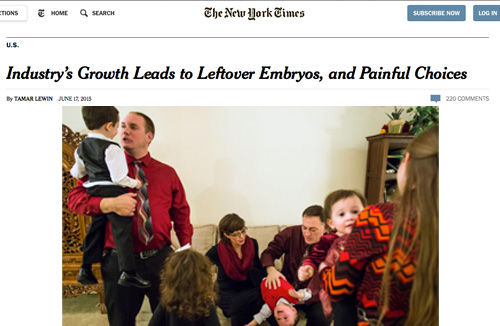 The New York Times and USA Today featured in-depth articles about our client Nightlight Christian Adoptions in 2015.  Dozens of influential media outlets picked up and re-ran the USA Today story, including many of Gannett’s 85 newspapers!

Homesickness affects hundreds of college students across the country every year. WeMontage has made huge efforts to combat homesickness as featured in the Wall Street Journal in print & online!

Orca got the Amazen smoker in The Los Angeles Times in an article titled, “Smoking, hot or cold, can add flavor to nearly any food.”

The Houston Chronicle rated the Timbrefone by Orca client Artificer Woodworks as THE TOP gift on the tech editor’s Holiday gift list.

Sarasota Herald Tribune featured MyAir Mask on October 14, 2015. We were thrilled that this resulted in big sales for our client!

Your boots were made for walkin’ and storing properly!  Orca client the Boot Butler was featured in the St. Louis Post-Dispatch newspaper and online in a feature about products to brighten your cold weather mood! 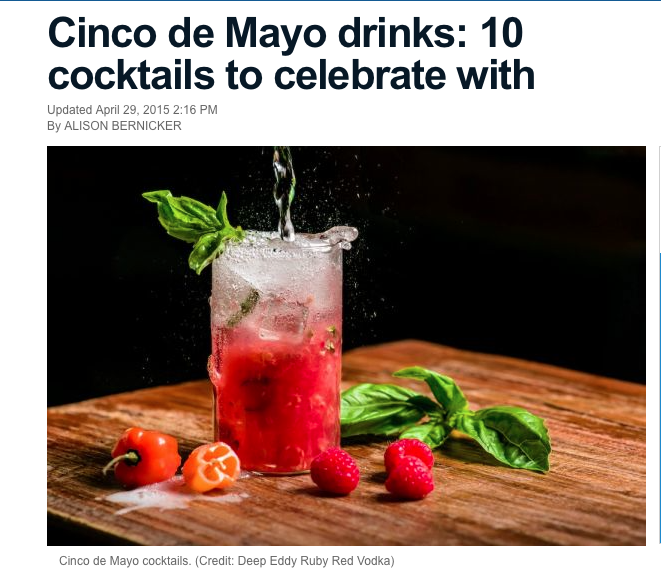 New York Newsday (5.3 million UVM) Included the Ruby Slipper recipe by Deep Eddy Vodka in this roundup: “Cinco de Mayo Drinks: 10 Cocktails to Celebrate With” to get the Big Apple revved up for the holiday.

The eighth largest newspaper in the country The Chicago Tribune (440,000) and its website featured Orca client Modern Sprout, the garden sack made with authentic upcycled coffee bean bags collected from roasters throughout Chicago.

The Seattle Times (250,000 print and 5.6 million UVM) included the Pocket Shot in its Holiday Gift Guide, “Cool ideas and warm thoughts on gift ideas for the outdoors enthusiasts in your life. 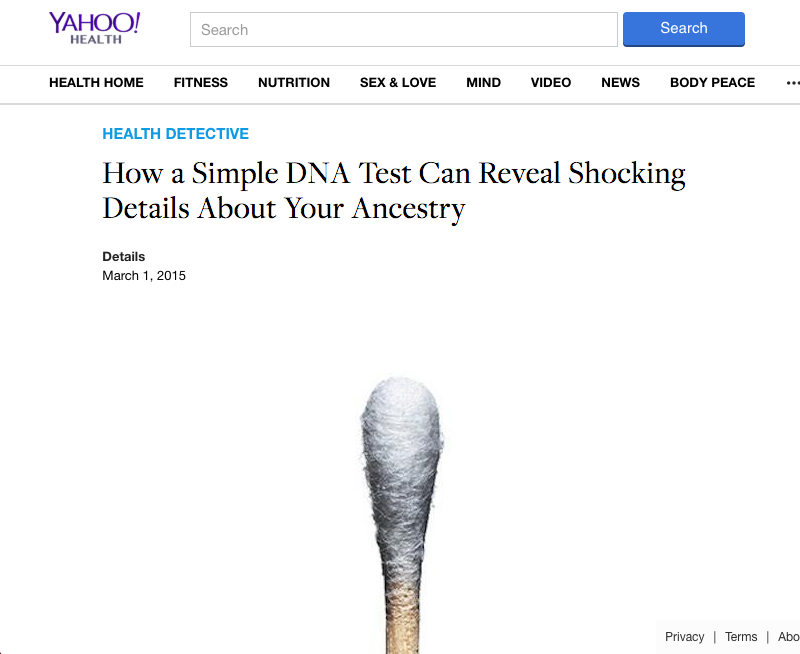 Yahoo! Tech(80 million UVM), the #2 tech website in the world, is flooded with thousands of product pitches. Less than 1 percent catch the attention of its top editor David Pogue. But our clients Axis Drones and Neato Botvac cut through the clutter and made Pogue’s weekly tech column!  Yahoo Tech also ran the CNET.com article featuring NEET Cable Keepers.

The Huffington Post is such a widely-trafficked website and one of the most recognizable press outlets on the planet! Orca publicists secured reviews and interviews for clients Genius Pack, girltrunks, Scrubba, and many more!

Forbes.com highlighted Orca clients the Soot Electropack 2, Genius Pack, Dogtelligent and Munch Mitt thanks to the talented work for our publicists! 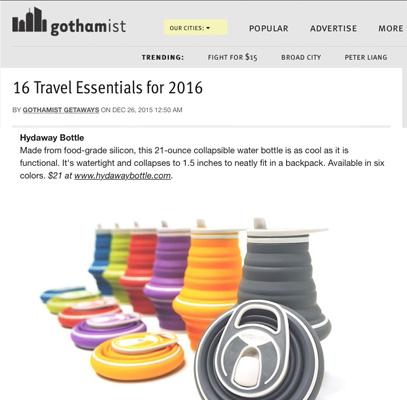 The 3.4 million readers of Gothamist.com selected the latest and greatest travel essentials for 2016 and Orca client the Hydaway Bottle made the esteemed list!

We love a good pop culture peg – so with “Jurassic World” creating a dinosaur craze, we scored a spot on Parents.com (5.2 million UVM) for Dino-Meal by our client, Goliath Games!

Los Angeles Examiner (7.2 million UVM) took a close look at our client Kapture, the wearable technology device that lets you ‘rewind’ the last 60 seconds of your life.

Fox Business.com (3.2 million MDR) utilized our client CUJO and their top executives as a resource for a story about protecting yourself against future security threats.

Time Magazine Online (56.4 million) featured Monkey Lights in this roundup, “9 Bicycle Gadgets That Will Keep You Safe in Style.”

Goodwipes was featured in an article titled “Everything You Need to Bike Commute” on MensJournal.com, which boasts a readership of 4,560,549 UVM! 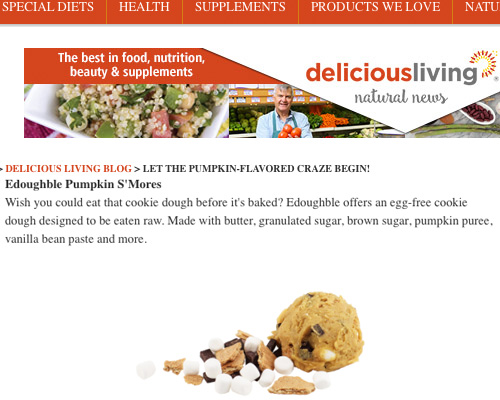 Orca shined the national spotlight on Ronco with reviews on GoodHousekeeping.com (2.4 Million UVPM)!

Looking for some wonderful gift ideas for Mom this Mother’s Day? Then check out the gift guide on RetailMeNot.com (20 million UVPM). Our fabulous Orca client, Mitscoots, made the list as “One of 28 ways to wow Mom.”

AOL On Network (69 million UVM) ran this video roundup of the “Best Options for Wine and Spirits,” which included Boxxle and Viatek’s Smart Touch Wine Opener.

PC Mag.com (34.4 million UVM) featured the BBQ Dragon in this article titled, “Master the Grill With These Geeky Gadgets.” 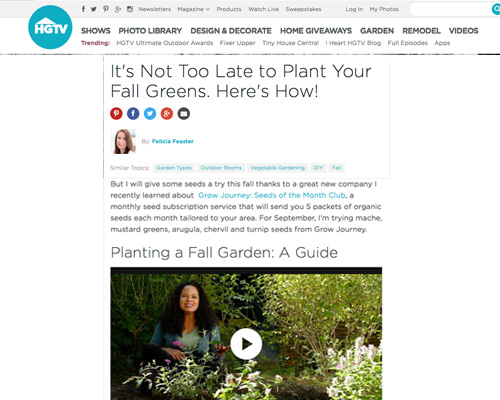 The Kickstarter campaign for PhoneSoap XL went viral with help from this feature in TechTimes.com (6.5 Million UVM).

Uncrate Magazine (4.30 million MDR) a digital magazine for guys who love to buy stuff says Earin is great for cutting the cables between your phone and ears.

Buying a gift for your mother-in-law can be tricky. SheKnows.com (9.5 million UVPM) is making life a little easier with some great gift suggestions so you can stay on her good side. Topping the list is Tea Drops!

Gizbot (1.4 million UVM), a tech blog that talks about the latest in mobile and Android technology, picked Bevel as its #1 Gadget to Enhance Your Smartphone Photography!

Orca publicists land their clients on some of the most coveted sites on the web! FastCompany.com features Orca client the Pooch Selfie its 2015 Gift Guide. 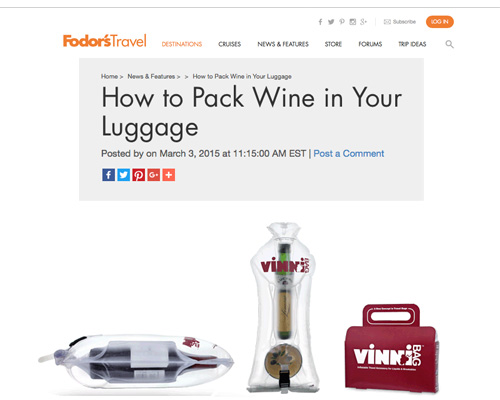 Travel authority Fodor’s (5.3 million UVM) recommended the Vinnibag in this article titled “How to Pack Wine in Your Luggage.”

Just in time for the holidays, travel authority Peter Greenberg (travel expert for CBS News) posted to his website PeterGreenberg.com (140,000 UVM) these “14 Travel Gifts for Parents Under $100” including Orca client HomingPin.

The always popular Refinery 29 was sure to include the Vinnibag in this slideshow “6 Travel Tools You Didn’t Know You Needed,” which posted July 2, 2015.

AskMen.com Orca placed BBQ Dragon in its 2015 Father’s Day Gift Guide of AskMen.com, “The Gifts You Can Bank On To Make Your Dad Happy.”

Men’s Fitness Online was sure to feature the Genius Pack 22-inch Carry-On Spinner in its 2015 Father’s Day Gift Guide.  The reporter states, “This travel pack will have your dad feeling like James Bond, never Inspector Gadget.”

The prestigious Frommer’s Online included the MyAir mask in this roundup “Defend Against Travel Mishaps with These Safety Products,” which posted June 26.