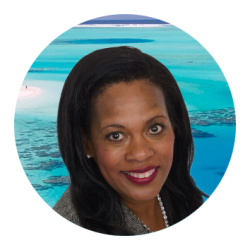 Eva Bowen is a 20-year broadcast journalism veteran.  Most recently she was the Executive Producer of the live internet radio talk show “Outreach Today” on the VoiceAmerica Channel. From 2005-2010 she was the Executive Producer at ‘Sonoran Living Live” on KNXV-TV.  Prior to becoming EP, she was a senior producer for two years and a news producer at the station for several years. Eva has held other producer positions with KVUE-TV in Austin and KPNX-TV in Phoenix. She holds a Bachelors in Broadcast Journalism and a Masters in Mass Communication from Arizona State University.  As an Adjunct Professor at Walter Cronkite School of Journalism at ASU, she currently teaches college students how to write effectively for TV, among other things.  She is an active member of various community organizations, including the Fiesta Bowl Ambassadors Committee.  Above all else, she enjoys being a parent to her son and mothering other little angels in her neighborhood.  Eva is an avid reader of all genres, especially James Patterson and se
lf-help books.