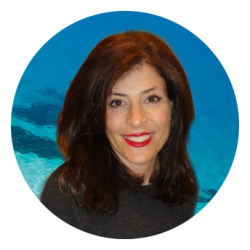 Kim Krigsten has made the move from television to public relations and brings a wealth of experience to the Orca Communications team! She is a former TV news reporter and anchor with more than 20 years of media experience. Kim graduated from the Walter Cronkite School of Journalism at Arizona State University. She began her impressive career at CNN in Atlanta where she worked behind the scenes and eventually reported for “CNN Newsroom,” an educational program. Kim then moved to Augusta and Columbus, Georgia where she anchored and reported the news on local television. Eventually Kim moved back home and for more than 10 years worked at the ABC affiliate in Phoenix as a reporter and fill-in anchor. She has spent the past five years teaching new reporters as an adjunct professor at Arizona State University.

Kim lives in Phoenix with her husband and three girls.