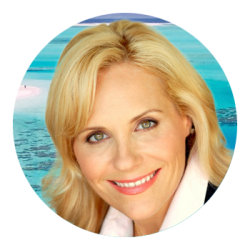 Lisa Leigh Kelly brings numerous years of experience in television newsrooms around the globe to Orca’s business development team. Her reporting has landed her on national news outlets including The Today Show, MSNBC, and Fox News Channel. Lisa worked as a White House Correspondent for the Tribune network (including WGN, KTLA, and WPIX) also covering Capitol Hill and the Pentagon.

Internationally, Lisa was a consultant for a television station in Ulaanbaatar, Mongolia, helping train reporters how to cover politics during a national election. She also covered the election there for CNN. She has worked for local television stations in Philadelphia, New York, Orlando, Phoenix, Austin, and Monterey, CA.  She is a journalism graduate of the University of Texas at Austin.

Lisa is a globe-trekker, having traveled to 50+ countries. Always one to leap at adventure, Lisa has bungeed off a bridge in Zimbabwe, hiked through a leech-infested rain forest outside Kathmandu, crawled military-style through a cave in the Amazon in Ecuador, climbed Mt. Sinai in Egypt,  and climbed an active ice volcano in Chile wearing crampons.

Along the way, she met her husband, a fellow adventurer. Together they live in Austin and have four children, who have considerably slowed their overseas escapades.  They are also licensed foster parents.