Our Raves about our Faves! 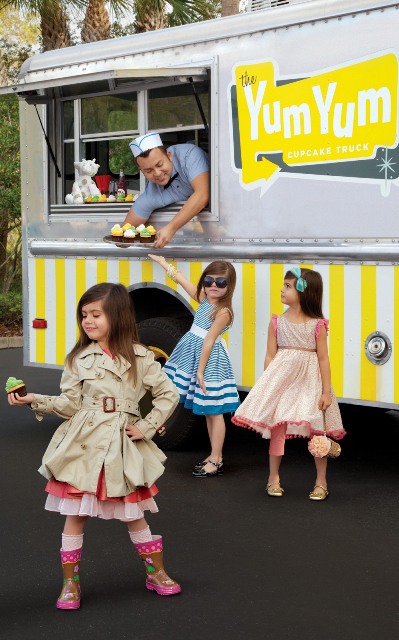 Our Raves about our Faves!

2012 was a remarkable year of growth and accomplishment for Orca. Our PR firm doubled in size! We had the wonderful opportunity to secure media attention for a wide range of products, services and experts ranging from science and medicine to fashion, food, insurance, natural health and consumer home products.  The hit parade never stopped with media features for our fabulous clients practically daily!
Happy 2o13! As we ring in the New Year, we narrowed down our list of a few of our favorite features and we’d like to share them with you.

UV Skinz. Rhonda Sparks is an entrepreneur and mom and we think she’s a hero. Our publicist Lacy found a prime opportunity for her to share her inspiring story with a writer at Woman’s World Magazine. The feature was a full page spread where the writer shares with millions of readers how Rhonda lost her 32-year old husband to skin cancer and vowed to make a better tomorrow for others by creating sun protective clothing.

StemCyte. The team of Wendy and Sue secured StemCyte opportunities in the esteemed publication The LANCET Journal as well as with abcneyy7t7676ws.com and foxnews.com during the 2012 International Cord Blood Symposium. StemCyte’s Chief Medical Officer Dr. Lawrence Petz was extensively quoted in those features as he shared insight into how StemCyte is striving to find a cure for HIV and AIDS with umbilical cord stem cells. StemCyte is the gold standard in global therapeutic stem cell storage and research.

John Kaplar did us a huge favor by brilliantly naming his company Skedouche! It’s a fun name for his tacky holiday sweater line that just makes us smile. Our Tana and Michelle worked with top producers to get Skedouche sweaters featured three times this season on Late Night with Jimmy Fallon (National Network Television) in their annual ’12 Days of Christmas Sweaters’ giveaway. They also grabbed the attention of editors at TIME Magazine who featured Skedouche John Kaplar in a profile on their website.

Belina is a beautiful name for beautiful jewelry. We just think it is unheard of but it’s true- Orca publicist Krista kept editors of Redbook Magazine super busy with new ideas and luscious photos resulting in features of Belina in the April, May, June, and October issues of Redbook Magazine.

Tung Toos and Fohawx. What are they, you ask? A national TV audience found out the answer when these temporary tongue tattoos and savvy bike helmet accessories were both shown during “best of” product roundups on The TODAY Show this year, thanks to our own Staci and Valery.  Tung Too’s were shown as a scary and fantastic Halloween item and Fohawx scored a spot in a segment about Summer Safety Gadgets

Blue Diamond sparkled like a diamond in the classic, respected publication that everyone wants to be in, Family Circle Magazine! Tana is our foodie fairy who knows this product well and knew the unique bold, tasty and gluten-free Pepper Jack Nut Thins were the perfect product to present to the editors who agreed and showed them  in the May issue of Family Circle

Kleynimals won the heart of a new grandma and her name just happens to be Martha Stewart! She loved the clean stainless steel look of them and we suspect she must have fallen in love with the darling little Eli the Elephant and Leo the Lion. We jumped out of our chairs with glee when she invited entrepreneur Kirsten Chapman to be a guest on the Nationally Syndicated program, The Martha Stewart Show!  It was publicist Staci who started the love-fest and got Kleynimals in just the right hands that lead them on their journey to the national daytime audience.

Goliath Games and Endless Games saw Christmas come early this year on a hot new TV show thanks to our publicist Allyson. The Ricki Lake Show (National) featured their hot new games in early December, including Anger Management and Family Feud from Endless Games and Doggie Doo from Goliath Games.

Vinnibag snagged a very coveted spot on the selective list of the best 7 gifts under $70 in USA Today Newspaper and USAToday.com. It is a fabulous invention and our Catenya knew just how to present it as the mother of all wine bottle bubble bags to garner this great spot.

WubbaNub, Tag Along Teddy, xPirate, Wikki Stix, Travel Kiddy, Stephen Joseph Gifts, and Family Games America were all featured in a holiday product round-up segment on “Fox & Friends” in December!  Thanks to Orca publicist Staci who had the clever idea of offering a segment about must-haves to keep kids entertained during holiday travel.

Stephen Joseph Gifts. Our Media Specialist Sue and publicist Allyson made sure all national print magazine editors were well-aware of the ADORABLE items by Stephen Joseph Gifts.  What a great year as Parenting magazine (twice!), Disney Family Fun magazine, and Cat Fancy magazine were just a few of many influential print features SJ received! Our favorite is the shoot the Parenting editors did putting the SJ Owl Rain Boots on a Suri Cruise look-alike model! Since Suri Cruise is often spotted by photographers carrying SJ products, it was quite fitting.

Betty Lou’s snacks are just delicious as well as being super healthy and all natural! The fruit bars are just a slice of heaven! Tana ushered in a coveted feature for them in SHAPE magazine as editors fell in love with Betty Lou’s Organic Powdered Peanut Butter and featured it in the November issue.

Danielle Tate she has been interviewed all over the country as the brains behind MissNowMrs.com, thanks to Orca publicists. We were especially proud the day FOX News Channel booked her for an interview, thanks to our publicist Catenya. This incredible hit was secured on the busiest news day of the year no less – Election Day! Danielle shared her small business wisdom with FOX News anchor Rick Folbaum.

Lisa Leonard, the lovely mom and jewelry designer, makes us proud over and over all year round. And so do our senior publicists Lacy and Krista, who secured numerous national features for this exquisite collection this year. We appreciate the beauty Lisa imbues in her designs as well as her humility and kindness to all she encounters. Bride’s Magazine featured her “Custom Cake Forks”; Romantic Homes Magazine featured Leonard’s “Pretty Like A Bow” Necklace in the December issue; the sweet & special “Heartstrings” wall hanging was featured in Pregnancy & Newborn Magazine; and American Baby Magazine also featured Lisa Leonard Designs this holiday season!

JMI. We once heard that NASCAR Illustrated is one of the magazines that subscribers really read every single page thoroughly and cover-to- cover!  So we did a happy dance when Orca publicist Curt secured a    wonderful feature in NASCAR Illustrated Magazine honoring one of their NASCAR paint schemes. Curt took PR to the moon as we lost count of the numerous features JMI received for an article about the merger between American Le Mans Series and the GRAND-AM Rolex Sports Car Series with quotes from JMI’s CEO Zak Brown. It was picked up by every major media outlet, with more than 100 million readers ranging from Newsday, ESPN.com, USA Today and CBS News, to Sports Illustrated, FOX Sports and Yahoo news.

Beardski.  Weathermen all over the country made viewers laugh as they had fun “gittin’ their beard on” by wearing  their warm Beardski ski masks while they did their live reports! A hosts at E! News (National Television) wore one, along with forecasters in cities including Minneapolis, Sacramento, Des Moines and Providence

Boottique and Love With Food. We will “hang-up” our list by mentioning two features in InStyle Magazine. Publicist Alexandra helped secure a spot for Love with Food in a dollar saving feature. Also, senior publicist Krista knew the September issue of InStyle would be perfect for  Boottique Boot Rack and Boot Hangers. The handy boot helpers were created by an entrepreneur who loves shoes as much as we do. Lindsay Sokolowski’s creations were shown center-page in a nice spread in the widely read fashion magazine.