PR for Trade Shows: How to get media to stop by your booth 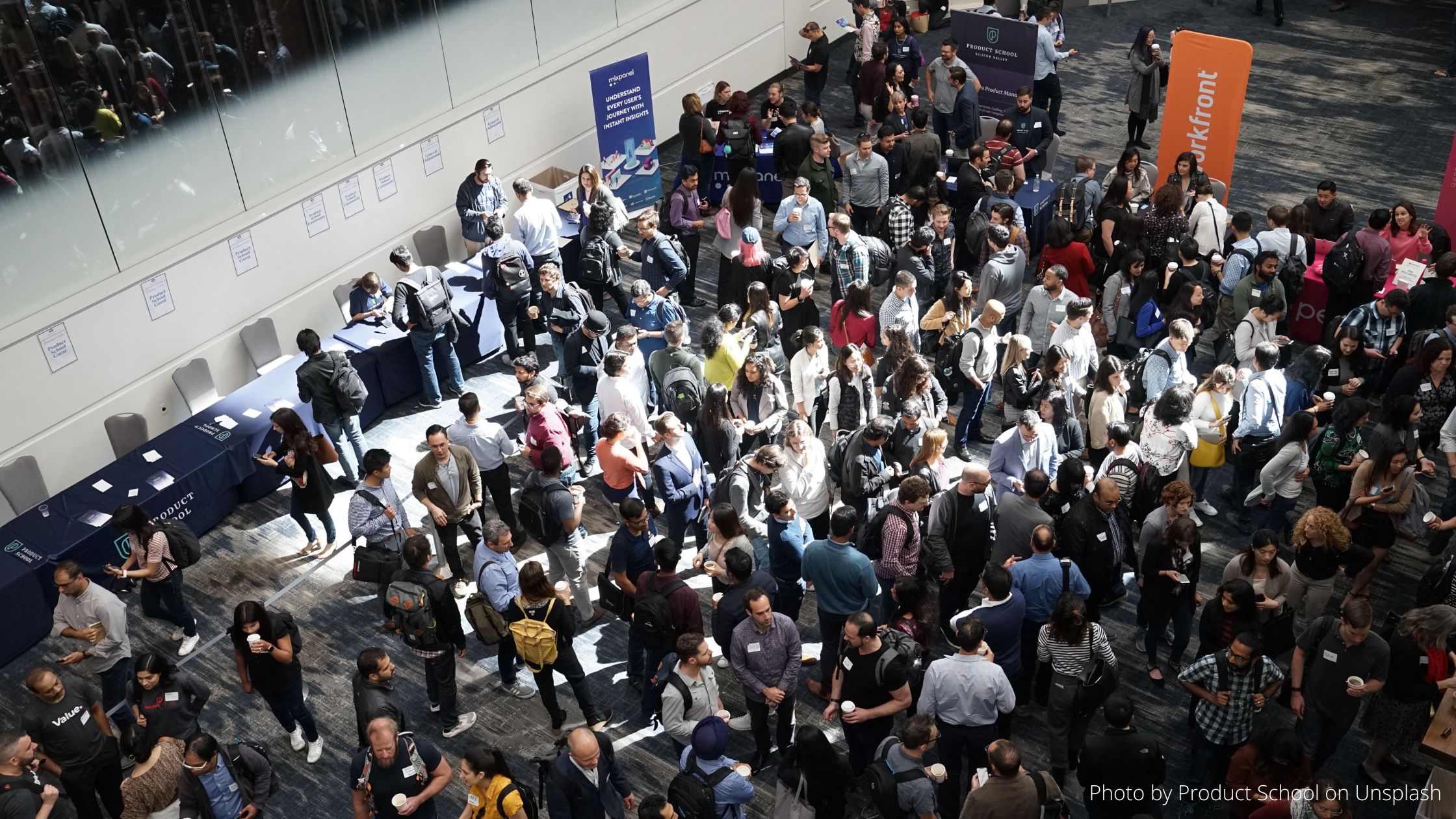 PR for Trade Shows: How to get media to stop by your booth

The trade show to-do list feels neverending. Reserve your space, build a booth, plan product demos, schedule meetings, book your travel, etc., etc., etc. How to get media to stop by your booth is probably one of the last things you are focused on.

But if you are attending the show to build brand awareness, among other goals, then you will want to have a plan in place. Sure, there is a chance a prominent journalist will walk past your booth and become so enthralled that they want to spend time shooting videos and interviewing your team.  But given the amount of money your company has already undoubtedly invested in attending the trade show, do you really want to rely on luck or fate to seal the deal for securing press coverage?

A lot of the PR legwork is done in the weeks and months leading up to the trade show. Once you have secured a place as an exhibitor, start checking off these items:

Most major trade shows keep a list of journalists who have reserved press badges. As an exhibitor, you should have access to the list of media who have registered to attend the show. You might find this on the event’s website, inside your exhibitor materials/online portal, or you may have to email the show’s media team and ask for it.

Depending on the size and popularity of the show, the list may be very long and overwhelming. For example, 1800 members of the media attended CES in 2022, that number used to be even higher prior to the covid pandemic.

Do not plan on contacting everyone on the media list. Instead, you should research the press attendees to find the ones that best suit your brand. Combine that with further research into journalists who cover your industry and may be interested in any news that you unveil during the show. You need to be strategic in the way you approach these writers, editors, and bloggers. If you don’t have the time or confidence to do this yourself, hire a PR firm like Orca Communications to do it for you. We work on several big trade shows throughout the year and know the best way to communicate with these journalists.

Research your show’s methods of communication

Most major trade shows have an online component these days. Even if you are attending a show in person,  you will still want to make sure your company looks good online. Journalists will look at any and all materials made available to them. This includes:

In order for your brand to stand out, you will need visual elements such as images and videos that showcase everything NEW your company has to offer. Compile that into a virtual press kit and upload it to the trade show website. If you aren’t sure which images or documents you need, then it may make sense to hire an experienced PR team who can advise you through the process.

This is important! Some of the bigger shows have pre-show media showcases, standalone media events, printed show-specific publications, and award possibilities that can help your brand stand out. But these extra events and opportunities usually have a hard deadline attached to them. Create a calendar of deadlines and requirements so that you won’t miss any opportunities to build brand awareness.

I bet you thought this was the only thing you really needed prior to the show, right? A press release iis one of the most important aspects of a trade show if you’re trying to get the media to stop by your booth.

When writing your press release, think about the fact that every other company attending the show will also be writing a press release. Know how your company is going to stand out. For this, you’ll need a strong “hook” – that is a headline or an angle to draw the media in. Sometimes this needs to be bigger than just a new product unveiling. Think about what kind of news or stories your brand can tell.

Remember those media lists you built? You’ll want to send out a series of pitches and releases prior to the show to encourage members of the media to stop by your booth. Many journalists plan their show interviews and schedules several weeks in advance, so you’ll want to be on their radar early. Encourage them to book appointments and solidify a time for visiting your booth. Don’t forget to include your booth number on any pitches or press releases.

Let’s face it. We all love collecting good trade show swag. Figure out ahead of time what kind of items you’ll want people to take away and use when they think about your brand. But if you want the press to take notice, you’ll want something much bigger than pens and koozies. You could plan a product giveaway or some kind of show or contest to draw people in.

Phew! All that planning probably has worn you out! It’s true that so much of the work on PR for trade shows is actually done in advance. As a business owner/marketer you’ll want to spend your time at the booth mingling with potential customers, buyers, investors, and other industry folks. You don’t want to spend your time running around trying to secure media features so that people know about the news surrounding your company at the show. Here is what you need day-of:

This is not something you want to give to just anyone who stops by. Reserve your press kits for members of the media and make sure they don’t walk away from your booth without it.  Your physical press kit should look like this:

The physical press kit is really just a bonus. It is something sleek and organized that a journalist can reference when writing about your brand. However, in modern times, having all of this information online in your virtual press kit is just as, if not more, important. In fact, some media don’t want to carry anything and ask for an email instead.

It definitely helps to have someone at your booth who can scan the crowd for press badges. Many trade shows give different colored badges to different types of attendees. Figure out which color members of the press are wearing. When you spot them, ask them which publication they are from or what they are covering at the show. If they say they are covering something totally irrelevant, say thank you and good luck. But if they cover YOUR niche, invite them over for a chat. If they don’t have time, be prepared to give them a press release and business card so maybe they’ll return at a more convenient time. Ask them for their business card too so that you can follow up after the show.

Steps to take after a trade show to solidify media coverage

You thought you were done, right? Definitely not when it comes to securing trade show media coverage. In some cases, the real work is only just beginning. You can use the trade show as an opener – an introduction of your brand to the press. You have now met with several journalists and shown them what you’re all about. Here’s what you should do to nourish that relationship:

You’ll want to send a post-show pitch to all of the press on your media list. This includes the list you created in advance of the show and those who maybe weren’t on your radar initially but you met during the event. Have a strong hook that you haven’t pitched to them previously. Let them know how you tie into their post-show coverage.

Keep a record of outlets that cover you

These press outlets are now in your corner. You’ll want to continue to reach out to them anytime your brand has a new hook or angle for them to cover. At Orca Communications, we specialize in keeping brands in the news even when they don’t have a major announcement. We do this through strategic, seasonal pitching.

Brag about your coverage

I’m sure you’re feeling ecstatic about all of the positive news that came out of the show. Make sure you leverage all of that press coverage by posting it on your social media channels, including it in your email marketing, and splashing it on your website. Press often begets more press.

Know that PR is a long-game plan

Just because a particular media outlet didn’t stop by your booth during a trade show doesn’t mean they aren’t interested in what you have to offer. A lot of brands make the mistake of thinking PR is about making a big splash every now and again. It’s not. PR should be part of your overall marketing strategy. Targeted media placements boost your SEO, increase brand awareness, increase brand credibility, and much more. Consistently offer new ideas to journalists and continue to nurture those relationships for years to come.

One of our publicists here at Orca commented about how special trade show connections can be for the long haul. The Wall Street Journal placement below is the result of a trade show pitch. The client was supposed to attend CES in January, but then neither the client nor the journalist ended up attending at the last minute because of COVID issues. Our publicist continued to follow up long after CES and the Wall Street Journal wrote a great story that included our client in April – 3 whole months after the trade show.

If you’d like to talk to one of our PR specialists about working with Orca Communications for your upcoming trade show, please schedule a free consultation so that we can figure out a game plan that works for your goals and budget.